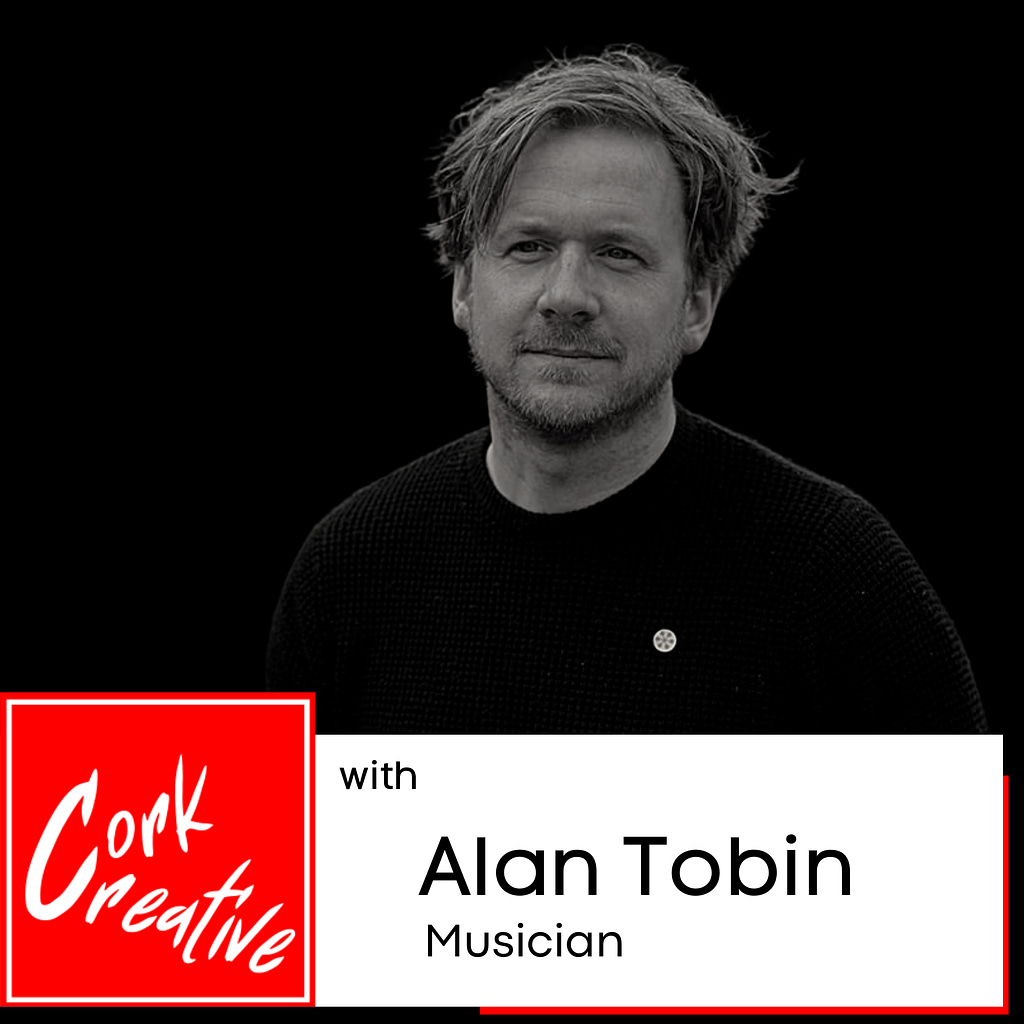 A native of Ardfied, Alan has made Carrigaline his home along with his wife Catherine and three daughters. A job in graphic design means a constant stream of creativity flows through him and affords him the opportunity to pursue his passion for electronic folk music. As well as being a solo artist, he is a member of Irish band LOWmountain and honorary member of the legendary Interference.

His debut solo album  – Volume I– was recorded remotely in a cabin in his garden and was produced by multi-instrumentalist,  Justin Grounds, who recorded his parts in a little room overlooking the beautiful town of Clonakilty.

Alan Tobin aka ADT flexes between the sadness and delight of every day life. He paints the darkness with atmospheric soundscapes and simple words. Hugely influenced by the Atlantic Ocean, the West Cork landscape and his family, he has a minor obsession with lighthouses.

Both Alan and Justin are working together on the second album and will release the first single by the end of 2022.

In this episode we  chat about his electronic folk music, the wider music scene and industry, the things & people that inspire him, working with other creative people, his new album & being a lighthouse enthusiast.

Brought to you by Flux Learning Ltd

We use cookies on our website to give you the most relevant experience by remembering your preferences and repeat visits. By clicking “Accept All”, you consent to the use of ALL the cookies. However, you may visit "Cookie Settings" to provide a controlled consent.
Cookie SettingsAccept All
Manage consent

This website uses cookies to improve your experience while you navigate through the website. Out of these, the cookies that are categorized as necessary are stored on your browser as they are essential for the working of basic functionalities of the website. We also use third-party cookies that help us analyze and understand how you use this website. These cookies will be stored in your browser only with your consent. You also have the option to opt-out of these cookies. But opting out of some of these cookies may affect your browsing experience.
Necessary Always Enabled
Necessary cookies are absolutely essential for the website to function properly. These cookies ensure basic functionalities and security features of the website, anonymously.
Functional
Functional cookies help to perform certain functionalities like sharing the content of the website on social media platforms, collect feedbacks, and other third-party features.
Performance
Performance cookies are used to understand and analyze the key performance indexes of the website which helps in delivering a better user experience for the visitors.
Analytics
Analytical cookies are used to understand how visitors interact with the website. These cookies help provide information on metrics the number of visitors, bounce rate, traffic source, etc.
Advertisement
Advertisement cookies are used to provide visitors with relevant ads and marketing campaigns. These cookies track visitors across websites and collect information to provide customized ads.
Others
Other uncategorized cookies are those that are being analyzed and have not been classified into a category as yet.
SAVE & ACCEPT