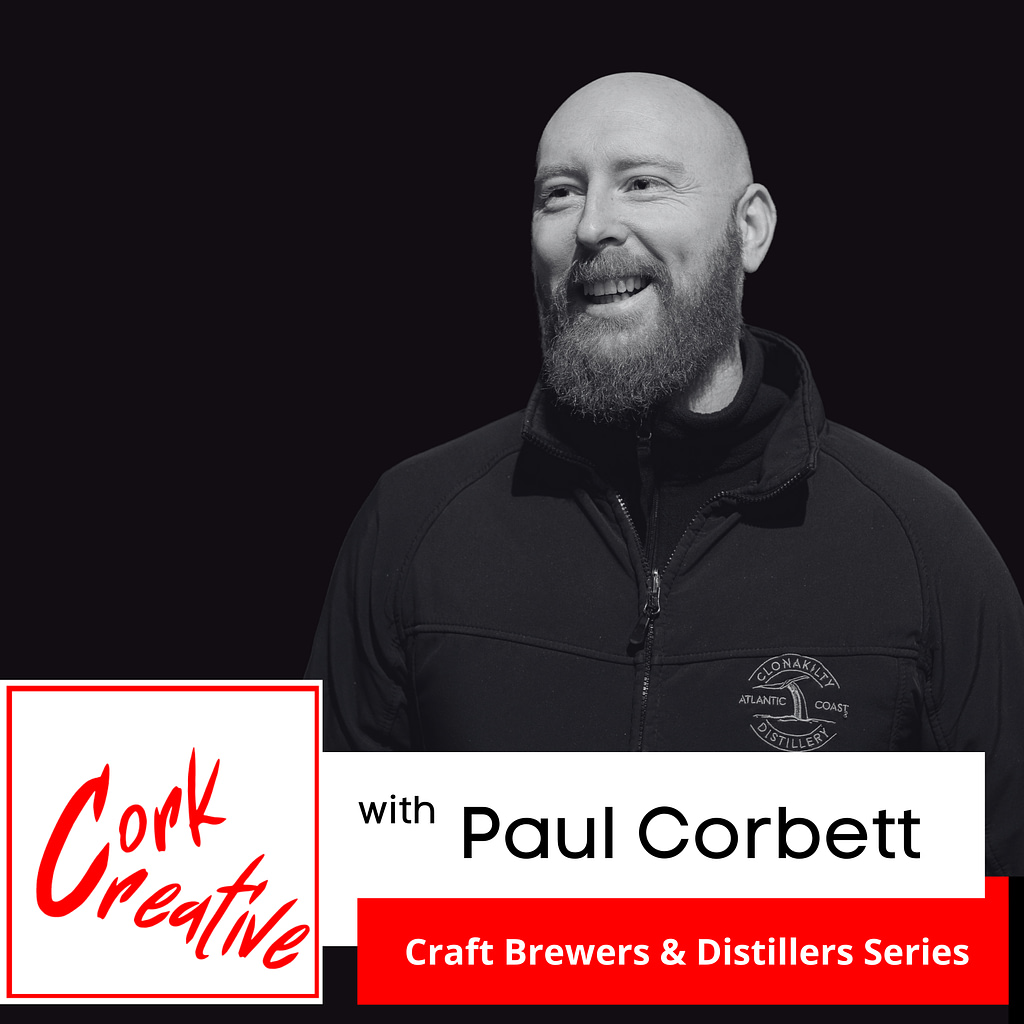 Head Distiller at Clonakilty Distillery, Paul Corbett joined the team after two years at Teeling Distillery in Dublin. Having studied microbiology at UCC, Paul was offered a pharmaceuticals job after college. He worked here for a while before realising it wasn’t his passion, so he packed it in and moved to Edinburgh to do a MSc in Brewing and Distilling, at Heriot-Watt University.

As a Head Distiller, Paul doesn’t exactly have a daily routine and no two days are the same. His job could be described as an intricate blend of sensory skill, science and craftmanship. Paul’s favourite part about being a distiller is that he gets to share the finished product at the end of the day, which is something he takes great pride in.

The highlights of his career so far would have to be in 2020 when Clonakilty won “Best Irish New Make” at the World Whiskey Awards. However, more recently, Paul himself was highly commended, for the second year running, at the prestigious Icons of Whiskey Awards 2022, in the “Master Distiller/Blender of the Year” category.

So today we discuss all things whiskey and gin, his career path and the many facets of his job.